Ice Hockey is a lung, heart, and leg activity. An ice hockey weight training program must be planned with this in mind. Muscle measurements mean little; instead, you need to be more concerned with either strengthening or correcting the muscle groups involved.

” The training routine should have as its goal flexibility, all-round strength, and coordination so that mechanical efficiency will be developed to the highest level,” says Norval. This will ensure a beneficial effect on physical conditioning and playing skills.

Weights provide a simple and readily available means to supplement the basic skating skills essential to playing ice hockey. This is very important in areas where ice rinks are only open during autumn and winter.

The best exercise for ice hockey is ice skating. “Any aspiring young ice hockey player should skate as much as possible. If you can’t skate, you are doomed to failure as a hockey player,” says Norval 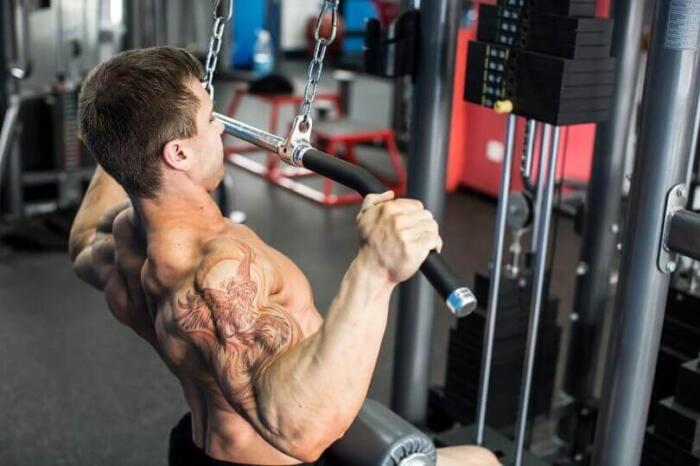 In areas where ice is unavailable, other means must be used all year round, and weights are the answer. Even if you are fortunate enough to live in an area with ice available year-round, weight training should be incorporated into any off-season training program. Now we’ve decided to use weights; we need to set up a weight training routine.

For simplicity’s sake, the year should be divided into three separate and distinctive periods,” says Norval, during hockey season, post-hockey season, and pre-season training.

During the hockey season, the weight training program is straightforward. It is almost non-exsisistnat. Counting games and practices, a player may be on the ice anywhere from three to five days a week, averaging one to two hours per day. With all this activity, you should rest on days when you’re not either playing or practicing. Give your body a chance to rest and recuperate.

Upon the end of the hockey season, hang up your skates, head for the gym, and enter the post-season part of the training. This period is strictly weight orientated. Most players have suffered a loss in body weight due to the just completed hockey season. The Function, therefore, is to replace all or part of this weight. “Care must be used to make sure that this lost weight is replaced by strength giving muscular weight,” says Norval

This is also the best time to strengthen or correct any muscular deficiencies which came to light during the season. Not only are these fresher in your mind, but also because muscles tend to build easier during a period of bulking up, so don’t hesitate to include any specialization work needed to correct those muscular deficiencies.

During the pre-season, about the middle of August or September, training with weights can be tapered off, and other activities worked in. “Running is one of the best,” says Norval. And by running, you shouldn’t just complete a daily distance either. Distance running should be incorporated with a series of sprints and spurt-type running.

Loosen up by jogging for your distance, then do your spitting in spurts. Sprint 50 to 100 yards, walk 100 yards, then sprint another 50 to 100 yards. When you have finished your series of sprints, jog for another set distance, say one half the distance you previously jogged.

Even if you’re fortunate enough to live near year-round ice, don’t give up on the running, for in all probability, the rink management will probably not allow you to skate at full speed for fear of injuring the other skaters. Thus you can use running to build up your stamina.

When training camp or tryouts start, all activity ceases as you are now on the ice and constantly skating. The next season is about to start, and you should already notice the difference in your performance.

For the specific exercises, we need to mention the muscle groups involved in hockey and choose the best exercises to build and strengthen them.

The legs are extremely important to a hockey player. These are the muscles that move you, support you and absorb the various shocks of the game, such as stopping and starting, giving out, and receiving body checks. Therefore your legs must be in shape. Particular attention should be paid to the ankles and claves, the knee joint area, and back thighs.

For the lower legs and ankles, nothing beats calf work. A favorite for pro players is calf raises, at least 6 to 8 sets of 25 reps per set with all the weight you can handle! Another excellent exercise is jogging as much as possible on the balls of your feet at a slow pace. 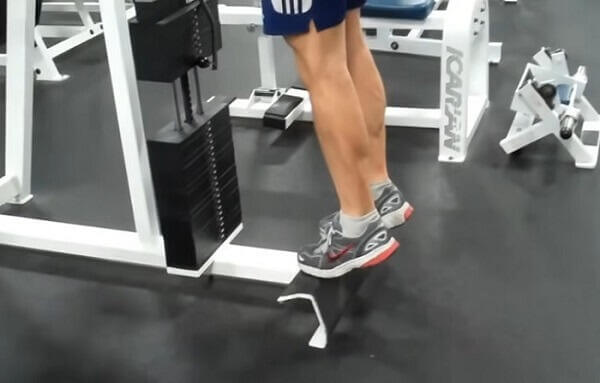 Squats are a must as they strengthen the legs in general, particularly the muscles protecting the knee. Don’t be miserly with the weight. Pile it on. Remember, you are only as good as your legs, so work them and work them hard! Do at least four seats of six to 8 reps. For variety, you may include both full and partial squats.

The best exercise for the back thighs is the leg curl. Another excellent exercise for this group is the deadlift while standing on a bench so you may lower the weight further down.

Hockey exerts a heavy demand on the lungs and heart; thus, a bigger chest and lung capacity is a decided advantage for a hockey player. Deep breathing pullovers with a dumbbell done between your sets of squats are excellent for expanding the rib cage. In addition, the following exercises may be done: bench presses, dumbbells and barbells, and flat and incline positions.

The back muscles are constantly used in hockey, for your upper body is always being twisted around as you skate. The back muscles are also bought into play as you shoot the puck. In this latter capacity, the arms, forearms, and wrists are bought into play. Pulldowns on the lat machine and wide grip behind the neck chins are excellent for the lats.

The arms are important in hockey, especially the hands and wrists because they are used so much in checking, stick handling, and shooting. The stronger they are, the better. We’ll include shoulders in this group because their anatomical function concerns the arms’ movement. There are many exercises for the shoulder, but the best are those utilizing the pressing movement.

The arm work is concentrated around the wrist and forearms. However, don’t neglect the rest of the arm. Do triceps exercises.

By using the reverse curl, you can combine bicep work with forearms. Do four sets of eight reps.

Wrist and forearm work occupies the largest share of the arm work. By purchasing a grip squeezer, you can carry it on you at all times, and at spare moments throughout the day, you can work on your wrists. Try to do the same amount of exercise for each worst. Try in sets of 25 repetitions. Completing the wrist workout are wrist curls and a wrist roller bar.

As you can see, there are lots of exercises available and a very heavy program can be set up. If you’re serious about the sport, then don’t spare yourself because it really pays off in the long run.

The diet is also vital as your degree of energy and endurance depend primarily on your diet. Since an athlete must function at a higher physical level of efficiency than the average person, their choice of foods should become even more select.

Caloric intake must be increased not just with any type of food but with those that will benefit the athlete most.

Protein intake should be at least doubled and fats reduced to a minimum. When choosing your food, try and choose alkaline foods. All foods are other alkaline or acid in their reaction in the body. Both foods should be digested, but the preponderance should be towards alkaline because a high alkaline reserve should be kept in the body.

Muscular action causes the formation of fatigue acids. These are carried away in the blood by alkaline products such as sodium bicarbonate, which acts as a buffer for fatigue acids. The main alkaline foods are fresh fruit and vegetables.

Load up on lean meats, eggs, cheese, skimmed milk, and protein powder. All are excellent sources of protein essential in building and repairing the tissues of your body.

Follow all of the suggestions above, and we guarantee that you will see a marked improvement in your performance as a hockey player. 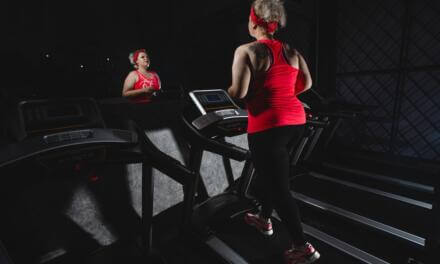 Do You Need Cardio To Lose Weight?

Why You Should Care About the 7 Rules of Fitness 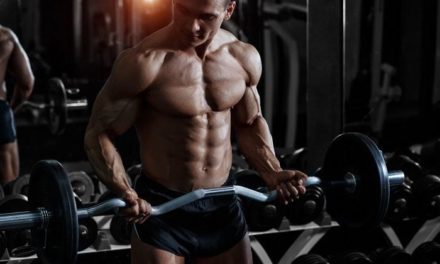 Bigger Arms In Only 4 Weeks 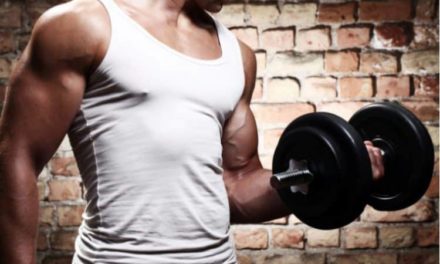 8 of The Best Dumbbell Exercises